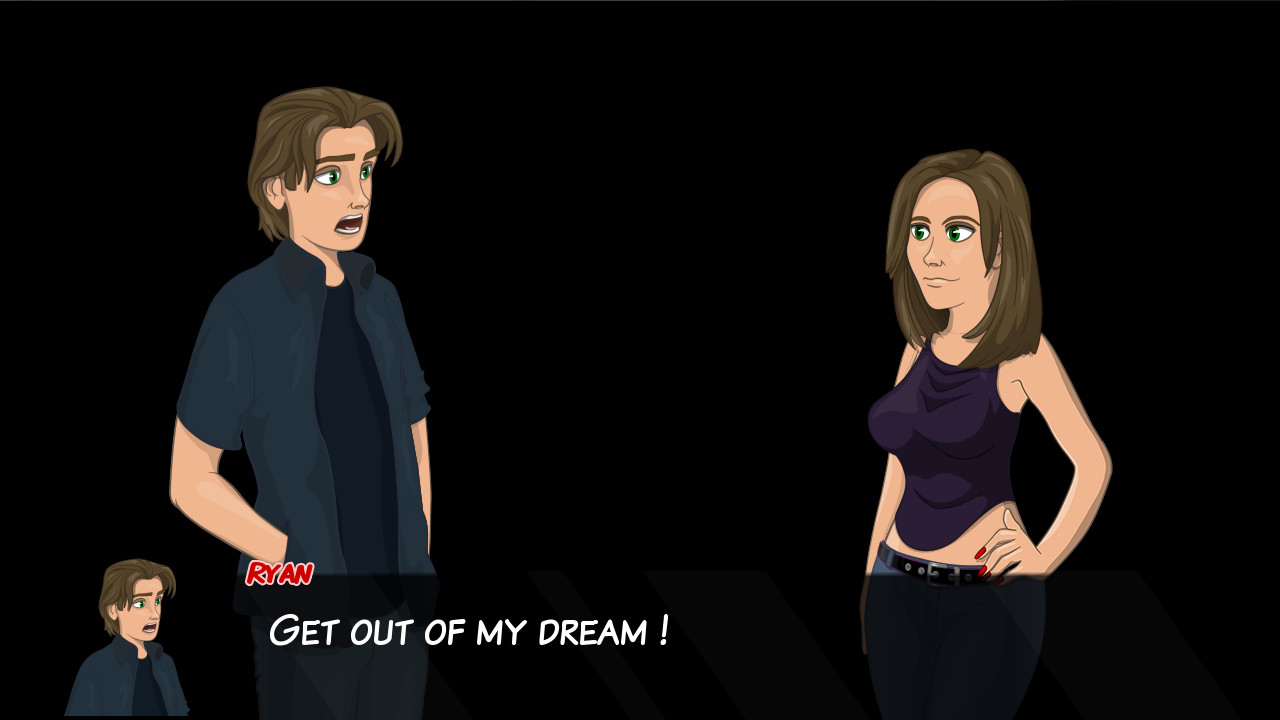 First Release of DIG MY WAY !

The first release of Dig My Way is online. This is a proof of concept version, a short story, very simple, only to show what it looks like. So, don’t be too rough. The best is yet to come but I think it’s interesting to show the beginning of the game right now.

The menu screen is minimal. There are no options, no backup, no help, no additional information. These screens will be added as the new versions are added.
Some menu screenshots from the game :

This little story features Ryan Malarkey, the main character of the game and his sister Shirley. It tells how Shirley breaks Ryan’s dream by making fun of him. This story lasts less than a minute.
Some game screenshots from version 0.01 :

Version 0.01.20 is available, except for Android (v.0.01.21). The app had to be repackaged to fix a problem when installing on an Android-powered device. Building Android distribution is quite complex. Now it’s up and running. So go download it.

To download and test this preview release, go to download page and choose according your OS. The game is currently available for Android, Linux, Mac OS X and Windows.

You can download the game on the file hosting services gofile.io, mediafire.com, mega.nz and uploadhaven.com according to your preference. If the download links are broken, please report it on the forum.
Any comments, positive or negative, are also welcome.

What is coming in then ? Work has already begun on the next release, with the real beginning of the story and the discovery of Ryan’s universe. The game’s user interface also needs to be developed. This next version will be much more interesting. But there is still much work to be done.

See you in a month for a new version.